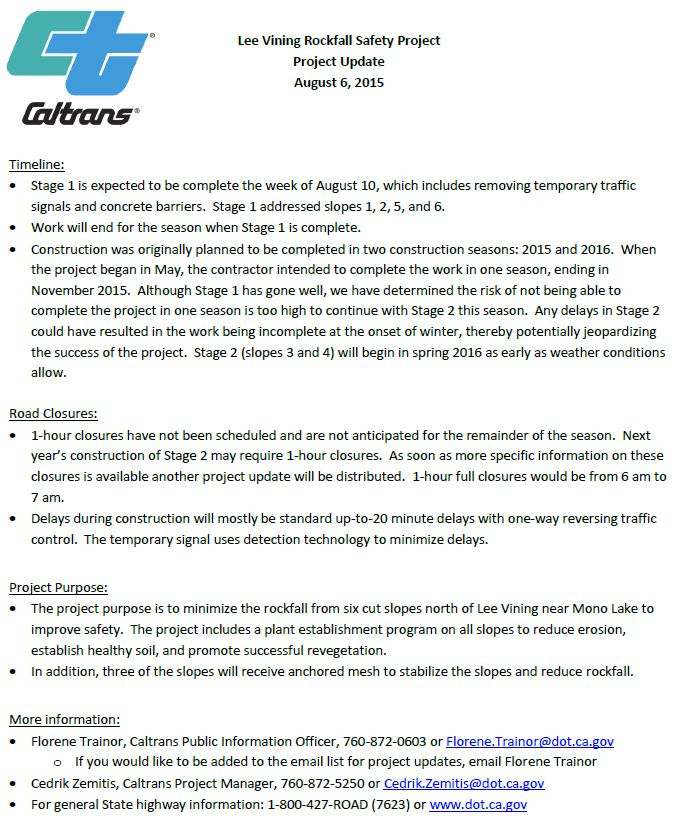 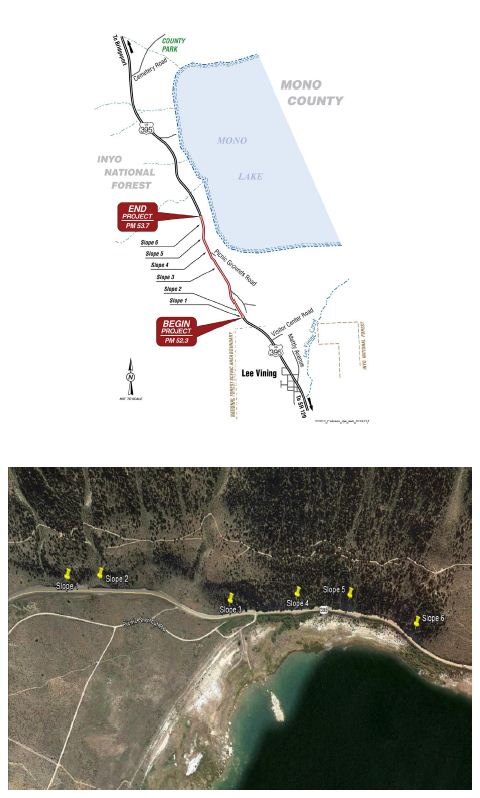 ·     Stage 1 is expected to be complete the week of August 10, which includes removing temporary traffic signals and concrete barriers.  Stage 1 addressed slopes 1, 2, 5, and 6.

·     Work will end for the season when Stage 1 is complete.

·     Construction was originally planned to be completed in two construction seasons: 2015 and 2016.  When the project began in May, the contractor intended to complete the work in one season, ending in November 2015.  Although Stage 1 has gone well, we have determined the risk of not being able to complete the project in one season is too high to continue with Stage 2 this season.  Any delays in Stage 2 could have resulted in the work being incomplete at the onset of winter, thereby potentially jeopardizing the success of the project.  Stage 2 (slopes 3 and 4) will begin in spring 2016 as early as weather conditions allow.

·     1-hour closures have not been scheduled and are not anticipated for the remainder of the season.  Next year’s construction of Stage 2 may require 1-hour closures.  As soon as more specific information on these closures is available another project update will be distributed. 1-hour full closures would be from 6 am to 7 am.

·     The project purpose is to minimize the rockfall from six cut slopes north of Lee Vining near Mono Lake to improve safety.  The project includes a plant establishment program on all slopes to reduce erosion, establish healthy soil, and promote successful revegetation.

·     In addition, three of the slopes will receive anchored mesh to stabilize the slopes and reduce rockfall.

Thank you, Yvon, for Patagonia’s next big step